Anna Kolbina
Co-founder GrandSoft
In this article, we collected the main trends of web design for 2018 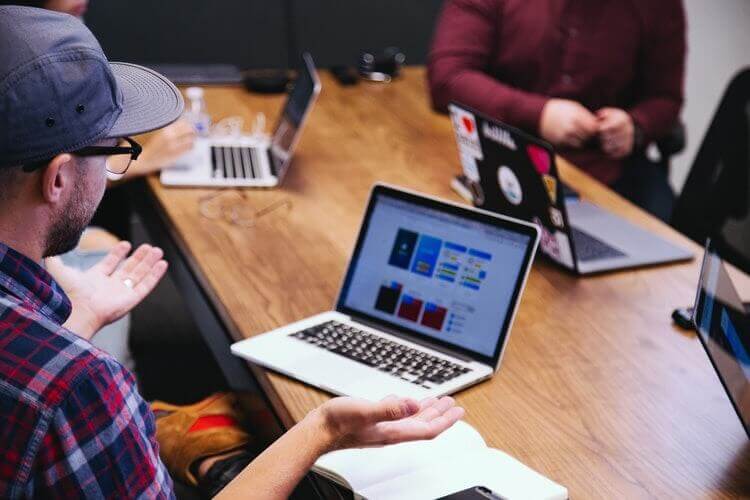 The main trend of web design for the 2018 can be called the orientation of developers on mobile platforms. Smartphones and tablets started to win the desktop viewer race in 2016, and the whole industry is still moving in this direction, forcing progressive developers to focus on performance - a key parameter for a smooth and visually enjoyable viewing of websites and web applications from any mobile devices.

2018 brings web design to a new level of minimalism: the abundance of visual effects and the overload of pages with elements of flash gives way to hunting for user attention and increasing conversion. How will it look like? As a white (or dark) background with no frills, concentrating the user's attention directly at the interaction point.

Apparently, web designers have finally crept up to the alchemical recipe of the golden mean between flat and material styles. Flat design ceases to be too flat, and the material design is too sophisticated. All the ingenious is simple: just add a few soft shadows and tangible contours to the flat design - and the app will look amazing! An important role in this tandem will be played by the return of fashion to the use of gradients (color transitions) and simple geometric forms - elements that need to be emphasized are immediately struck to the user's eyes.

2018 is ready to please fans of the catchy color palette, which is rapidly entering the trend, mercilessly leaving behind the muffled and pastel colors born from the last century: brighter - it means more beautiful!

The legacy of Steve Jobs, or "Let's play with the fonts"

Typography returns to web design in order to take a key position in the trends of the next year. In combination with minimalistic trends, the use of beautiful artistic fonts will soon replace the cumbersome, negatively affecting the performance of images, because the scaling of typography doesn't give any load on the stuffing of mobile devices, and a well-chosen font often looks much better than many variegated pictures.

It's worth noting the increased attention paid by modern developers to a total revision of the approach to the use of animations. In place of the ubiquitous static pictures and images in the ".GIF" format, there come synemographs - something between the first and second. When part of the image is static and some of it is mobile, the effect of "photos from the Harry Potter universe" is created, which, as it turned out, significantly enhances the comfort when viewing content, as well as the aesthetic pleasure obtained in the process.
Animations are no longer aimed at surprising or impressing the user. Rather, for the next few years they will inevitably become an integral part of the landing and target positioning, and their main tasks will now be to increase the conversion of the site and maximize the effective exposure of the potential customer to the product or service. In other words, at the moment when you postpollite to the conversion point, you will already be largely acquainted with the material to which the site is dedicated. Agree, this is much more convenient and much more lively and organic than the heap of buttons with pictures in the style of Facebook.

The era of stock graphics and free font sets is coming to its logical conclusion. Despite the fact that stock content still enjoys a certain popularity, the fashion for uniqueness pushes developers to search for more original solutions, including close cooperation with digital designers capable of creating truly unique, memorable graphic elements and calligraphic masterpieces.

Cinemagrafs and semi-flat design aren't the only examples of successful unification of opposites that have turned into trends. What else will be "mixed, but not shaked" in 2018? The answer lies on the surface: we have to face incredibly convenient hybrids of websites and mobile applications - "progressive web applications." Its essence lies in the combination of the functional of the application with the functionality of the website and the integration of the two products into a single whole. We expect a lot of nice bonuses: offline modes of working with sites, increasing the relevance of search queries in applications, global popularization of voice input and much more.

If you have a Facebook page, you probably noticed that now, besides "I like", you can also express other emotional reactions to the post or comment. Sure, after this update, even just scrolling your news line is much more interesting? This is called "micro-interaction," and it will also become a trend in the 2018.

Rate this article!
Average rating: 0 of 0
Related publications
Design
How To Increase A Brand Trust
Read more to know how to become sources of information materials for well-known sites.
Read More
Design
Adaptive Site: What Is It?
Adaptive Web Design is the design of web pages that provides the correct display of the site on v...
Read More
Design
The Benefit Of The Individual Design
The uniqueness of your site reflects two indicators: content and design.
Read More